There was a time in my life, roughly from 1994-2000, when I was both insulated from popular music and plugged into fantastic new music that could be referred to, gloriously, as unpopular.  Not just “unpopular” meaning “not on the radio” but “unpopular” as in “random people, upon listening, will most likely either question your taste in music or God’s sovereignty”(A prime example of my musical enviroment is that, in 1997, I bought Ok Computer a couple of weeks after it came out, a fantastic album, and was positively ridiculed by my friends).  The majority of this music came from two record companies: Gravity Records and SKIN GRAFT Records. It is difficult to separate a feeling of nostalgia from my love of these tunes, but they are still important parts of my catalog of albums, and, sonically, these albums remain on the fringe of what I’m currently digging.

Lake Of Dracula, a SKIN GRAFT release by the band of the same name, often represents that time period when I make mix albums for people(usually “Plague of Frogs” or “Henry Clay”).  Densely distorted, rumbly and screamy.  Great music for ending a first date or letting the LDS bikers up the drive know that you’re home. 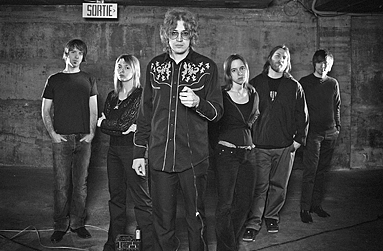 Back in that 1994-2000 period, I didn’t buy every release from Gravity or SKIN GRAFT that came along.  But if I wanted to try something I had never heard of, a new album from one of those catalogues was always a safe bet.

It is pretty telling of my aging palate of musical favorites that my current go-to record company is Jagjaguwar(a name rumored to have been created from D&D name-creating software BONER!).  My love first started with Okkervil River, but swiftly moved on to Bon Iver, Pink Mountaintops/Black Mountain, Women (thanks, Miss Jenny!), and The Besnard Lakes.

If you’ve never heard The Besnard Lakes, imagine if The Breeders had twice as many members and were into space rock.  And Canadian.

I assure you I could do an entire post on my secret/not-so-secret love for Canadian rock music.  Not today, though, as I don’t know what the Canadian word for “lakes” is. 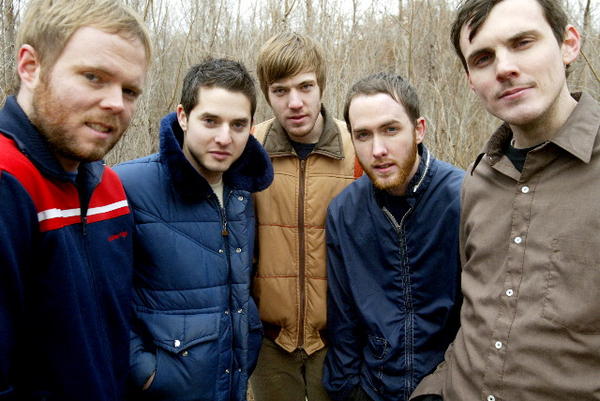 –Midlake was formed by five music students, whose first album was a lofi piss-take on influential rock.(/nostalgia)

–Midlake’s second album, The Trials Of Van Occupanther, is incredible.  Perfect Seventies harmonies.  Instrumental and lyrical anachronisms that add a feel of sincerity(like every time Neil Young talks about spaceships).  The song “Roscoe” makes me want to find out whether or not I really like Fleetwood Mac, which is like saying Rosemary’s baby wants to find out if Dad will make a scene at parent-teacher conferences.

–Midlake’s first single, “Rulers, Ruling All Things”, from their new album, The Courage Of Others, is incredible on it’s own.  A fan video on Youtube for this song containing the end scene from “Stalker”, however, is cooler than anything I’ve seen on Youtube.  Except for this.

4) “In And Around Greg Lake”, by The Wondermints

Full disclosure: I’ve never heard this song.  It’s appearance here serves two purposes.  One: this post has an underlying theme of nostalgia.  The Wondermints were Brian Wilson’s backing band, and thinking about really thinking about SMILE is nostalgic, indeed(thanks, Mister Joey).  Also, one of the few Wondermints songs I’ve heard recently was a cover of a Monkees song, “The Porpoise Song”.  Thinking about The Monkees is nostalgic enough, but add reminding me of the version Oranger did, opening up for GBV at The Other Side, and two nostalgias merge together, like cocks do in a Clive Barker novel.

Two: I could only come up with four lakes.  This one’s a bit of a stretch.

Boo: Everything else, really.

I was so excited when on an episode of Top Gear, Jeremey Clarkson was behooving James May to win a time trial for “the prog rock generation”, and as they ticked off the name of some bands, ELP (neither Palmer nor Powell) was mentioned.  I mean, I do have Brain Salad Surgery, but it’s last on the list.  It was right next to an Il Billeto de Bronzo album in a cd folder I have, and as I was grabbing cd’s to cook dinner by. . . we had pasta for dinner.  Not brain salad.