In 1999, at some point, I was surely making some sort of comment on alt.music.faithnomore or alt.music.mr-bungle about how people should stop ragging on Dillinger Escape Plan (because they were still good then) and stop feeling threatened by the more approachable sounds of California.  The songs on California may have been more pop oriented but were still great, and if you needed a dose of weird there was always a Moonraker concert or bootleg around somewhere. The fact that Dillinger Escape Plan was touring with Mr. Bungle, however, was a telling nod to the audience that they had created.  We liked weird.  And, as far as my peer group went, we liked “weird” because it usually went hand-in-hand with “ambitious”.  There were plenty of fanboys out there that identified more with the mythology that Mr. Bungle had created; fair enough.  From bondage masks to cult-classic samples to whispers of in-band fighting, there was a tome of mythology to work through.  Many of those fanboys, however, were quick to deride Dillinger Escape Plan.  I can’t even remember what was said about them, other than “they suck,” in the same voice that you would also hear their battle cry, “Girls of Porn!”

Those fanboys were totally in the wrong; Dillinger Escape Plan was tremendous, and they were also, the payoff for the ambition cognoscenti, extremely precise in all the wild changes they were making then(if you’re not familiar with their music, go here.  Also; who are you?  How did you end up reading this?).  The irony that Dillinger Escape Plan was making more technically complicated music on their last album than Mr. Bungle yet being derided by Mr. Bungle fans was not lost on me.

[wait, I want to say something first; in my old(er) age, I find that killing my idols comes with ease.  However, please read on with the knowledge that Mike Patton is an idol of mine of the highest regard.  My Mount Rushmore of American musicians is the faces of Robert Johnson, Brian Wilson, Frank Zappa, and Mike Patton.  Ok.] 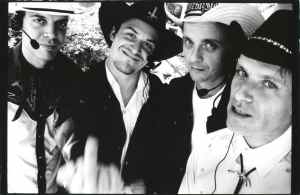 affair.  My friends, who doubled as my music peer group, started to drift apart socially and geographically.  My partner and I had recently met, and his drastically different taste in music led me to getting in touch with more of the music of my childhood: old country and bluegrass.  I started to develop a taste for folkier music, and there was a vast catalog of that music to explore.  I still loved the weirder stuff(still do; listening to Suspended Animation as I type this) but my musical taste were growing out faster than they were growing up.  I felt like I had no one to share this music with, so I was on a solo mission into the world of folk, bluegrass, and country; the musical influences of my friends dwindled.  I probably could have shared my new-found interests with them, but I certainly felt like I couldn’t.

1999 also saw Mike Patton putting Faith No More and Mr. Bungle to bed.  To be fair, I’m not sure that Mr. Bungle has ever officially disbanded, but his focus certainly shifted to other things: Fantomas, most notably, but also Moonraker sessions(if you were going to be stuck on an island, and you could only have one guitarist for your band, would it be Buckethead or Agata Ichirou) and Maldoror.  Plenty weird, plenty ambitious; the future of Mike Patton’s music still looked bright.

Then something horrible happened.  Crybaby.  The album itself wasn’t bad.  Patton’s contribution, “GI Joe”, was really one of the highlights.  The horrible part was the manner of how the album was recorded; The Melvins sent a recording to him, and he added his part all by himself.

This recording technique probably happens all of the time in world of modern popular music(and surely in the guests appearances in movies Patton does now).  But as I moved away from the spheres of influence that kept me in the loop of “boutique” recordings that Mike Patton had made between California and Mondo Cane(the John Zorn recordings, especially), the recordings that did catch my somewhat detached attention contained many examples of entire albums recorded with Patton absent from the rest of the band.  And these albums suck real hard.  For your consideration, think of these albums: 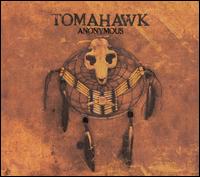 Anonymous, Tomahawk.  The self-titled album?  Like a smarter Faith No More.  Mit Gas?  Like a smarter Tomahawk.  So it was a huge disappointment to hear a gimmicky concept album that was sent to Patton after the fact to add his parts in.  The album sounds every bit of the toss-off effort.

Irony Is a Dead Scene, Dillinger Escape Plan.  This album was superseded by a video showing Patton being an instrument and not a musician, asking the band how he should sing it for them.  The last good album the band made, and it was only half good. 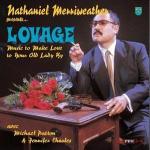 Music To Make Love To Your Old Lady By, Lovage.  Blame the flatness of the album on Dan The Automator, but that doesn’t mean that Patton had to sing flat, too.  This album shouldn’t have been this boring.

Peeping Tom, Peeping Tom.  The winner of the losers.  Mike Patton, and the FNM/Patton/Bungle intraverse, spent six years hyping and speculating about this album.  Mike Patton called it his vision for the “perfect radio music”.  Which is fair, because radio music is bullshit.  So is Peeping Tom.  Total bullshit(dear XM Sattelite radio, you are excused from radio’s bullshittiness.  Hugs and kisses.).

I only bought Mondo Cane because Amazon asked me nicely, by marking it down to five bucks.  I’m glad I did.

Mondo Cane has many of the same birthmarks as the above albums.  It is inspired by

an outside musical influence(Duane Denison heard some tunes at an Indian reservation that inspired Anonymous), is driven by pop sensibility (an attempt at pop music drove the idea of Peeping Tom), does not suffer musically from trying to reach the heights of Patton’s talent(Dillinger Escape Plan was still flexing its engorged, turgid chops on Irony Is a Dead Scene),and. . . um. . . is romantic(OK, you got me, there is barely anything redeeming about Music to Make Love to Your Old Lady By).  The difference in the pedigree is that Mondo Cane was recorded with live musicians; in fact, the album was pieced together from the best live recordings during a tour in Italy. 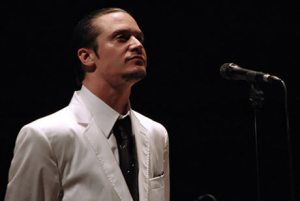 Another big difference is that Mondo Cane is awesome.  Even though these songs are oldies and goodies to many Italians, their unfamiliarity to me and the majority of American listeners makes them sound fresh, and the feel of the ambient spaces they were recorded in adds an underlying organic quality.  There are some studio touch ups, and  plenty of effects from the Patton pallet make themselves known (dirty/clean mike action; the buzz/echo/twang he long ago captured, Egon style, from the ghost of a foreign 60’s spy movie; a dominant crooner diction), but the beauty is how complimentary the post-production is; the pop sentiment remains, with the temptation to “Pattonize” the tracks buried under the obvious weight of the sheer joy of the music being made.  “Scalintella” doesn’t suddenly break out into a beatbox session, “Ti Offro Da Bere” has some modern nuances for a doo-wop song but is presented without irony, and English is spoken in “Deep Down” only because it is spoken in the original.   This album isn’t “weird”, per se, but it is ambitious.  All of the timbres Patton fans are wont to hear are present but as spice, not as substance.  And, most importantly, the intimacy and organic nature of the recordings enhance the listening, in the same way the lack of intimacy and inorganic methodology of the other albums steeps them in failure.

Although I am still quite the music dork, I doubt that I am still the target audience for the Mike Patton catalog.  I still know bad from good, though, and I know what I like.  I can’t imagine any audience existing for an album where the singer was added as an afterthought(one famous musician once said of a similar situation, “you can’t do this to a fucking singer”.  It was Mike Patton).  Mondo Cane is wonderful; I will at least be on board to see if it the exception and not the rule.