1. There was a Magic Summer once, one that only exists as a pastiche in my head and not one with a linear start to finish.  A summer that, in fairness, may be a stretch of two or three summers in a row put together.  But to be sure, it was a magical time, and, to be doubly sure, Cheap Trick was the shit.

2. My first exposure to how the cross-cultural exchange of Japan and the United States might effect art were in reverse from the course rock music tends to take; I loved Gary Snyder above all the “Beat” poets, and his mix of Native American 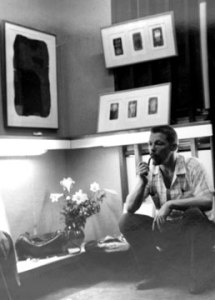 imagery with a Japanese ascetic provide no surprise to me when I read of his pilgrimage to Japan, to teach, meditate, and hone his spirit.  As a reader I was totally on board with Snyder’s style, too; the formal structure of Robert Frost never played well in my early interests( it would take James Whitehead’s sonnets and No Thanks to help me appreciate formal structure), but the simple imagery and use of space on the page that Snyder created gave much more promise that poetry could be a creative outlet for me.

I’m really not sure when it first hit me that the Japanese had a love of co-opting American culture.  None of my favorite authors hinted at it, and what tv I watched never focused on it, either.  As far as music goes… I wasn’t really listening to music from Americans, and any aural connection from the British bands was lost on me; Annie Lennox had a lover back in Japan–that’s about it.  Was it Spinal Tap?  Shows like The Incredibly Strange Film Show that I watched?  Don’t know, but eventually it came around to me, like it was something I always knew.  Musically it would come first from Pizzicato Five, but would be most solidified by Melt Banana.

3. I saw Melt Banana live in my hometown of Fayetteville, a concert supporting their album, Charlie; the audience consisted of me and my friends, one other guy entranced by Ichirou Agata(Melt Banana’s guitarist, who sported what I thought was a SARS mask the entire time), and a room full of scene kids playing leapfrog and generally giving so little of a shit that I had a murder boner.

The greatest spectacle of the night was primarily watching Agata slave over his Digitech Whammy and impeccable timing, secondarily witnessing the rare two girl/two guy rock combo… but the tertiary highlight was seeing Onuki Yasuko become the embodiment of the Japan-loves-America cliche: Fonzie leather jacket, Marlboro Reds in a box, Zippo lighter, peace sign.  The cultural exchange made flesh, right before my rocked-off eyes.  It was an amazing show.

4.  In this summer of magic and rock music, Cheap Trick was Classic Rock Radio filler, and nothing more.  So much of nothing that it made the best inside joke for us: Cheap Trick was playing the lowly Washington County State Fair at the end of the summer.  And it is a reflection on my own dearth of musical tastes at the time that, even though a band like Melt Banana playing in Fayetteville was like finding a diamond in the dirt, Cheap Trick playing in Fayetteville was the death knell for their career(now, in fact, the Fayetteville music venue, “The Amp”, a place where musicians add a horrible gig as they go across the country to eek out a bit more fame, is located smack dab in the fairgrounds).  There we were, in our Guided By Voices, Melt Banana(mine), and Fantomas t-shirts, raising up our new battle cry for the moment: “Cheap Trick is the shit!” We were actually going to the fair, but there was no way we were going to see the band there.  None of us liked Cheap Trick, and I can only speak for myself when I say it was mainly because of two reasons.

One of those reasons was not immaturity.  It would be easy to say that, because I am much more mature now.  My tastes, however, didn’t “grow up”, they just expanded.  I liked Gary Snyder better than Robert Frost, not because one was an awesome “Beat” writer and one was a fuddy-duddy but because I liked the style better.  I generally don’t like the “Beat” writers, save for Snyder and Burroughs.  I’m still not a huge fan of Robert Frost; I consider his best poems the more-narrative and less-formal of his works, the ones that you never get to read in your high school English class.

The “high school English class” of rock?  Classic Rock Radio(referred to as

“CCR” for now on), and it’s construct is the first reason that I didn’t care for Cheap Trick that summer.  My particular CRR station played these Cheap Trick tunes: “I Want You To Want Me”(live), “Dream Police”, and “Surrender”.  These are some of the most straight-forward songs in Cheap Trick’s entire catalog, and even though the majority of Cheap Trick’s songs are pure pop, it’s the straight-forwardness that turned me off.  This particular taste of mine applied to all of CRR; I was much more into “Bohemian Rhapsody” than “We Are The Champions”(please remember, this ws before Wayne’s World starfucked it to death), much more into “Ten Years Gone” than “Stairway To Heaven”, and much more into “Larks’ Tongues In Aspic” than “Confusion”(hahahaha nope never happened Arkansas ya’ll).  If Robert Frost  is The Beatles of formal poetry structure, then James Whitehead is the Guided By Voices; I for sure like Whitehead and GBV better than the others.

The other reason I didn’t like Cheap Trick in that Magical Summer was because I was entering new spheres of influence that Cheap Trick weren’t involved in.  They had one chance that didn’t stick for me: they were somewhat lauded by Kurt Cobain, which seemed to resonate more with his nihilism and disdain of current music trends than listing them as influential.  I did love Melt Banana, but they were everywhere in my musical vision; playing at my local club all the way from Japan, intermixing in the wonderful compilation Camp Skingraft, featuring in Mr. Bungle bootlegs, and repping the Beach Boys on a Tzadik album.  Sure, I may have made myself a tad musically insulated, but there was pop music to be had too, with the likes of newbies, like Guided By Voices and Quasi, and a budding interest of some oldies, like The Monkees and the aforementioned Beach Boys.  Cheap Trick never had a chance.

You’ve probably heard the song, “Surrender”.  That song, fade out and all, is the opening track to the super-solid album, Heaven Tonight.  If you can forgive the slightly-plodding title track, the rest of the album rocks like a light version of a Tight Bros From Way Back When album; on songs like “High Roller” and “Stiff Competition”, you can almost see Robert Pollard swinging his mic with Budweiser confidence as the music starts. 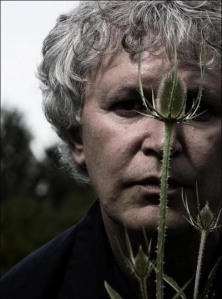 The Guided By Voices moments are all over the Cheap Trick catalog, but maybe no more so than on their second album, In Color.  Songs like “Big Eyes” and “Come On, Come On” seem to be painted with the same guitar palette as Isolation Drills.

Again, not immaturity but happenstance: I feel like I really would have liked these albums, had I heard them on their own before that magical summer.  In fact somehow, without me noticing, Cheap Trick even toured with Guided By Voices.  And as to why their big-in-Japan-ness never intrigued me more?  No good answer, but it should have, given the number of Super Puzzle Fighter games I’ve played.

6. Give any budding psychologist a shot at my Magic Summer, and he or she will tell me that it is constructed, emotionally, to shield me from the poor decisions I made then; to make a grand curtain of good times to keep the neighbors from seeing the bad.  My life was a beautiful mess then.  I feel good in the knowledge, though, that even though I do different things now and listen a little wider out, that I can ask my friends for love and forgiveness, owning my whole life, all of the good and all of the bad of it together, and extending love and forgiveness to them.  All the music in the world can’t fit into one summer, magical or not.  Cheap Trick was the shit when I was wrong, and Cheap Trick is the shit when I was right.

Back out of all  this now too much for us,

Back in a time made simple by the loss

Of detail, burned, dissolved, and broken off

There is a wheel that is no more a wheel

Inside a fair that is no more a fair

And in a summer that is no longer summer…