It came to my attention that Justin Hawkins, former lead singer/lead guitarist for The Darkness, has done a cover of “This Town Ain’t Big Enough for the Both of Us”, done originally by Sparks.

Which Faith No More has already done. 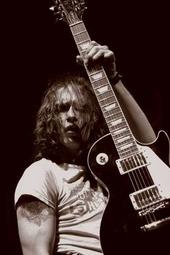 Admittedly, if it wasn’t for my secret love of Top Gear, a Justin Hawkins cover of any sort would never have entered my sphere of influence.  And maybe there isn’t anything wrong with someone doing another cover of a cool song.  And maybe it’s better than the Siousie and the Banshees (bad enough to not even enter my toilet of influence) version.

And maybe I’m just a dork, but I’ve got a problem with this new version, for two reasons.

ONE: FNM’s version was just perfect.  It really was.  Mike Patton’s pure vocal stylings and Roddy Bottoms’ pure homosexuality were a perfect match for the Mael brother’s glam icon/droll wierdo combo.  Sparks blessed FNM by their appearance in the song.  Faithfully rendered and joyously performed, there’s no need for another cover.  No room, even.

TWO: The FNM cover is holy to me because that band consumed  my sphere of influence.  It is entirely possible that few people are even aware of the FNM vs. Sparks version, and there’s plenty of room for another cover (Hawkins even made it into the Top Ten of the UK charts with his).

But every cover that FNM did was the ultimate version, et all.  “Easy”.  “Midnight Cowboy”.  “This Guy’s in Love with You”, “Let’s Lynch the Landlord”.  “I Started a Joke”.  All brilliant covers and all sacred to me, even now.

Don’t get why people went all apeshit every time Johnny Cash did another punk cover? Does Nativity In Black:II make you rash-y and dehydrated?  Please forgive the dorks of the world and their loyalties toward certain covers.

And forgive me, Justin Hawkins.  Your version is pretty good.  You really are a good singer.  Sorry about the coke habit thing.  I even liked your “Red Light Spells Danger” with the Top Gear guys (again, dork).  But just ask Billy Ocean; this post ain’t big enough for the both of you.